Komatsu Forest started to use Zert CLM while investing in a new platform for their spareparts catalog. The changes resulted in a completely new way of working with information for Komatsu, but after a short adaptation period the staff are now entirely positive to the new way of working. 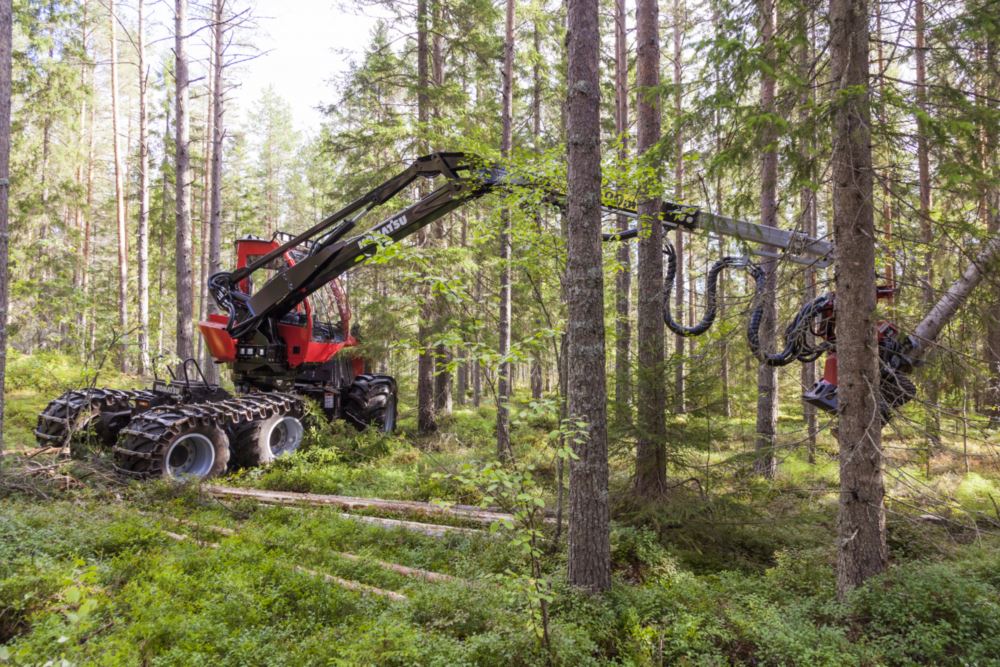 Komatsu Forest is one of the world’s major manufacturers of forestry machines. From the main office in Umeå the company supervises more than 1 100 employees. With such a large organization and such large machines to be sold world-wide there will also be a large flow of information. When Komatsu became interested in Zert CLM, they wished to become more efficient in their way of working with this information flow. They wanted something where they would only have to key in information once, in order to re-use it later and thus save time.

Now that the Komatsu staff can handle information in a smoother way, they are getting more time for other things. Carina, an editor, says that this extra time is primarily used to increase user-friendliness.

– To automate large parts of the process from construction to the publishing of product information would be optimal. Then you would be able to focus on value-adding activities, that is, to produce clear and user-friendly information and not waste time on moving, layouting and distributing information.

Everyone who implements new programs and systems knows that such a process can sometimes be very tough. For Komatsu the greatest challenge with this transition was to incorporate the new way of thinking into the organization.

– What my colleagues mainly have mentioned is that it is a matter of a new mindset in other dimensions and on other levels than what you have been used to, says Carina. The new way of working and not being able to realize what effects an action will have, something you were used to with the DTP tools, was a real challenge.

Once the new way of thinking was established, Komatsu began to see the advantages, which on many occasions breed new thoughts and ideas of how to work.

– The greatest advantages we have seen so far is how smooth and quick it is to introduce translations into new languages for complete books. Quality assurance, particularly for subset translations, is also a great plus. The next step will now be to review the structures of our books and harmonize them with our instructions books. Ideas on how other departments could be able to make use of the database information have been raised. New ideas arise all the time during the practical book production work.

At Komatsu there has been full speed since Zert CLM was introduced. Even if the company has been affected by the state of the market, the documentation department is still very busy.

– Sometimes it has been difficult to find the time for the users to sit down with the program in order to make design rules and operations stick, says Carina. Re-using texts is quite the right thing to do. With a certain amount of re-writing we may adjust existent phrases in order to make them fit into as many various books as possible.

How did the employees experience the switchover to Zert CLM?

– To begin with everything felt sluggish, and there are certainly things that could be changed from a user point of view, but now everybody is totally hooked on the system, says Carina.

Komatsu Forest is among the first ones who have with the new editing tool in Zert CLM. Therefore they have been able to give feedback on the usability of the program from a beginners perspective. Komatsu’s work will not only lead to the development and efficiency of their own process, but also to the development of Zert CLM.

Komatsu being of the first companies to work in the new webeditor, they’ve contributed with feedback regarding usability from a beginners perspective. However, if you’ve got a lot to do, it is also difficult to find the time for testing and giving feedback, even if you’re given the opportunity to change. Zert would therefore like to thank Komatsu AB very much.