No more double work at Ålö in Umeå 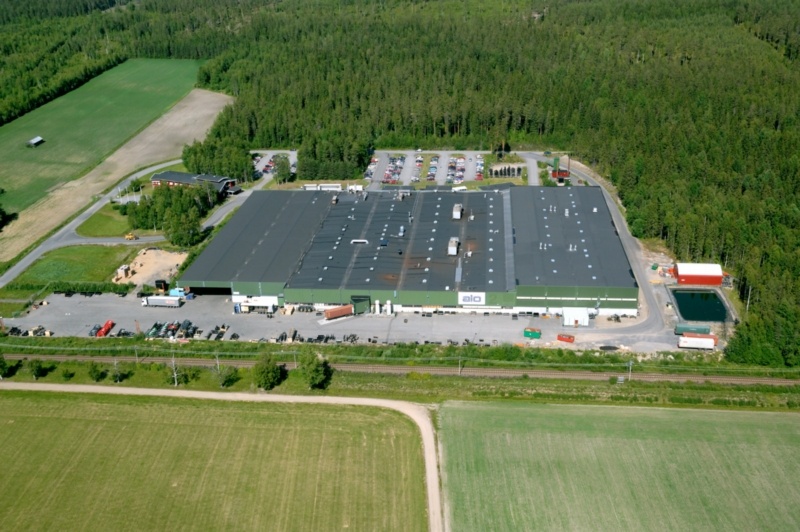 The vast premises of Ålö AB are situated outside Umeå, at Brännland. Ålö manufactures front loaders, tools and appropriate tractor appliances. With customers in more than 45 countries and a turnover of more than SEK 1 700 million in 2013 they belong to the regional giants.

In order to make it easier for the customers Ålö produced assembly instructions with appropriate option lists for their products. This added value for the customer but at the same time it used to be very time-consuming and leading to double-working. But this was earlier on – nowadays double-working belongs to the past.

– Via a simple question from Zert CLM to the spare parts catalogue we have solved the whole problem, says Anders Mill, global quality engineer at Ålö.

The fear of changing systems was ill-founded

Even before Ålö began to use Zert CLM they were aware of the double-working that emerged, when they produced information for a spare parts catalogue as well as assembly instructions. However, there was a certain amount of doubt before they started using Zert CLM – wouldn’t it be very complicated to switch over to the new system? This process proved to run more smoothly than what both Ålö and Zert would have believed.

An example of a specific measure that Ålö feels has saved a lot of time is the parts list of spares that their customers can order subsequently. These add-on options are now described in image as well as in words at the end of each assembly instruction. Previously, the same add-on options were described in the spare parts catalogue, in a somewhat different form and with another image.

Instead, Ålö now uses the same text and image material in both places: their CLM editors write in information which will then be automatically stored in the spare parts catalogue. In this way Zert CLM has eliminated double-working in the production. Ålö only has to update in one place, resulting in higher quality and a substantial increase of efficiency.

– Everything has worked in a terrific way, says Anders Mill. For instance, a whole work activity has disappeared as a result of spare parts information being created in Zert CLM. For the whole project, we can notice that the contacts between the suppliers were solved in a painless way, and the synchronization between the two xml-based systems was implemented with a surprisingly small effort for all involved. Of course, there are things that you have to keep an extra check on. Now that I’m not alone any more it is particularly important that the communication with those who do construction and assembly instructions work is working well.